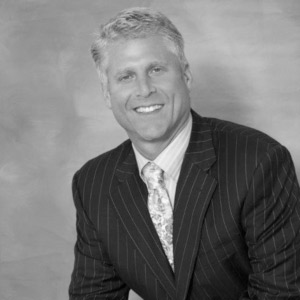 Craig M. Spitzer is the CEO of a2c Boston, New York and Philadelphia. Mr. Spitzer co-founded a2c in 2007 with the mission of assisting clients to achieve business objectives through the use of new and existing technologies. The a2c CEO is responsible for the development of sales and business, with a focus on predictive vision for his consulting firm. As a driver of quality and growth, Mr. Spitzer looks forward to a2c out-pacing and out-performing his prior companies.

The CEO exemplifies the a2c commitment to helping clients maximize potential. He has developed an exceptional network of client relationships and expert consultants across the vast expanse of the IT Industry encompassing Health Care, Insurance, Finance, Cable/ Telecommunications and Pharmaceutical applications.

Mr. Spitzer has the ability to attract top notch talent and drive top performance from his team. His consummate interpersonal and relationship building skills, inexhaustible market knowledge, competitiveness and keen aptitude to exceed client expectations are key to his team’s ability to consistently win customers.

Mr. Spitzer founded his first corporation, Alliance Consulting Group, at the age of 29 in 1994. After five years of precipitous expansion, that corporation began to earn recognition and by the year 2000 ACG had drawn accolades from many sources. Inc. 500 ranked ACG at #3 in 1999 and #7 in 2000 on the publication’s list of fastest growing firms; Ernst & Young recognized CEO Spitzer as their 2000 NYC Entrepreneur of the Year, Consulting and Outsourcing Services; and at age 36, Mr. Spitzer was recognized as one of Philadelphia’s top 3 CEOs under the age of 40. When Mr. Spitzer sold the company to Safeguard Scientific in 2002, the firm had grown 16,000% from inception to 720 employees and produced annual revenues of over $100 million. Craig Spitzer’s proven track record and business acumen motivated many of his former colleagues, including executive officers King, Cattie and Cassidy, to reunite with the CEO at a2c.

In addition to Alliance and a2c the firm’s CEO has led forays into a number of other industries. He produced and co-produced three films; he was a founding investor in several businesses including two successful nightclubs (Marquee of NYC, and Mokai of Miami), Gateway Architectural Solutions, Warner-Spitzer-Walsh Development, and sat as Director and Chairman for Halcyon Jets and on the Board of Trustees at the Kiski School. He is currently co-founding a Free Public Library and Art Gallery in Saltsburg, PA.

Craig M. Spitzer graduated from the University of Pittsburgh with a BA in Business Economics.