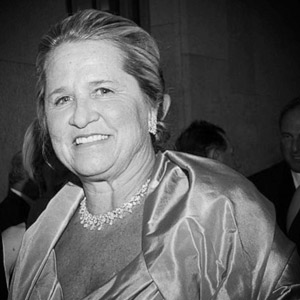 Anne F. Hamilton is a recognized and highly active philanthropist and volunteer, whose contributions have profoundly benefited children, education, arts and culture, animals, and countless other worthwhile causes.

A 1974 graduate of the Agnes Irwin School with a degree in history from Boston University in 1978, Mrs. Hamilton has received many honors for her tireless efforts, including the Agnes Irwin School Alumnae Award in 1999, Philadelphia Magazine’s Volunteer of the Year Award in 2001, The Heart of Philadelphia Award in 2002, and Fundraising Volunteer of the Year in 2007 from the Association of Fundraising Professionals. She also received the Liberty Award from the National Liberty Museum in 2008 and the Great Friend To Kids Lifetime Achievement Award from the Please Touch Museum in 2009.

Mrs. Hamilton is a devoted mother of 5. She and her husband Matt have two grandsons and split their time between Philadelphia, Newport, and West Palm Beach, along with their battalion of rescued pets.